In an environment that's as complex as Asia, you can always be assured that there's a complete team of experts here for you. 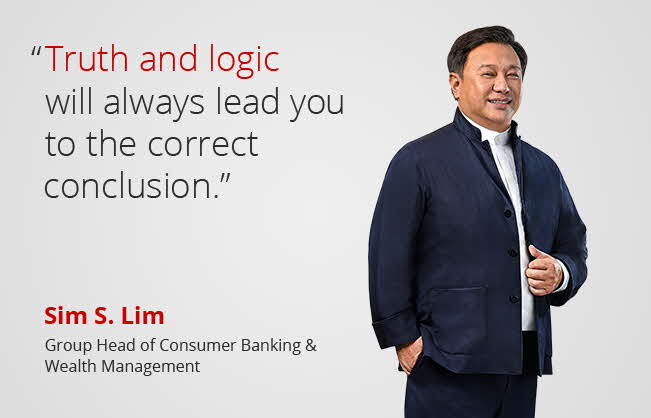 If there’s one thing clients agree about Sim, it’s that he’s always candid. He sums up his ethos in just two words: truth and logic. An approach that yields conclusions that are consistently consistent. And one that has served him well for over 35 years, banking across Asia, North America and the Middle East.

Today, Sim is responsible for DBS’ Consumer Banking and Wealth Management business, and was DBS' first country head for 8 years, delivering greater synergy and value across the bank in Singapore.

Before joining DBS, Sim was President and CEO of Nikko Citigroup, where he also oversaw corporate & investment banking, institutional brokerage and fixed income & equity trading in Japan as a board member of Nikko Citi Holdings.

In 2007/2008, he was Citigroup Country Officer, and Chairman of Citibank in Hong Kong, developing the strategy for Hong Kong’s markets and banking franchise, and supporting the consumer and wealth management businesses.

Prior to that, Sim was Regional Head of Emerging Markets Sales and Trading for the Asia-Pacific, based in Singapore. He was responsible for foreign exchange, local currency derivatives & money markets, fixed income trading & origination in 13 markets. During this period, he was also the non-executive Chairman of Citibank in Malaysia.

Presently, Sim is Chairman of DBS Vickers Securities Holdings. He sits on the board of Nikko Asset Management in Japan, as well as the Building and Construction Authority, and ST Engineering. He also serves as Singapore's High Commissioner (Non-Resident) to the Federal Republic of Nigeria.

A Japanese government Monbusho scholar, Sim graduated with his Bachelor's in BA from Yokohama National University, Japan in 1983. 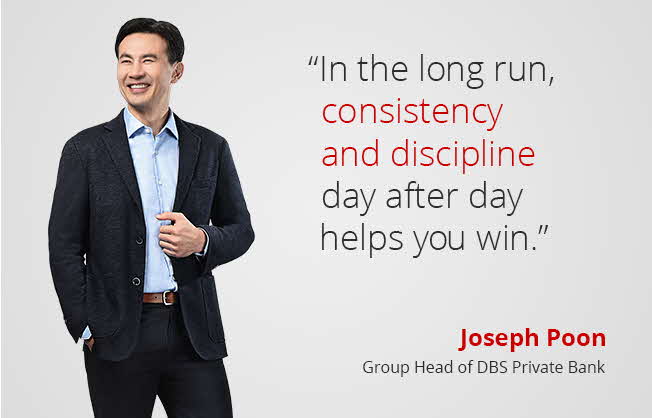 Managing Director and Group Head of DBS Private Bank, Joseph Poon starts his day at 4am, training for marathons. He sees the parallel between running a race and running the Private Bank business in the consistency and discipline needed for both.

Joseph is also Head of DBS Treasures Private Client in Singapore and Hong Kong, a responsibility he took up to after his role as Region Head of Southeast Asia.

He brings to DBS over 20 years of banking experience, most recently from his role in UBS. As Southeast Asia Head of the Ultra High Net Worth segment and Head of Global Family Office, Southeast Asia, he drove the strategic growth for UBS' highest valued clients by delivering bespoke solutions across the bank's Investment Banking, Asset Management and Wealth Management segments.

At Julius Baer, he was the Head of Co-Investments & Private Equity and a member of the Asia Management Committee. Before that, Joseph was the Asia Head of Macquarie's Private Wealth business, which he had established. Prior to that, he led JPMorgan Private Bank, Southeast Asia.

Joseph holds a B.C.A. and a B.A. from Victoria University of Wellington, New Zealand. He is a CFA charter holder and a board member of the CFA Association Singapore for 16 years. 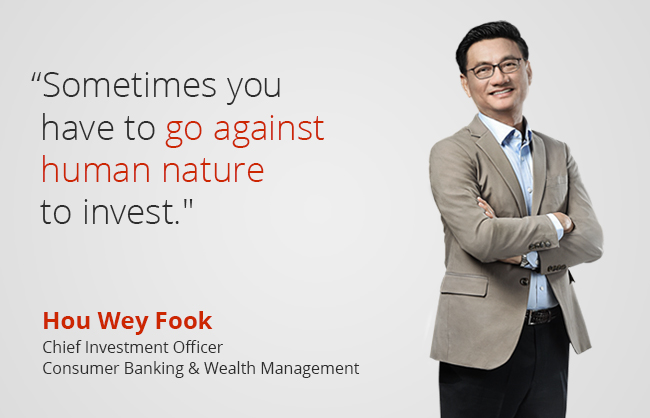 As the Chief Investment Officer, Hou Wey Fook invests the way he golfs – every shot carefully calculated for risk and reward. It's a discipline he attributes to his training as an engineer, which means listening to the math even if it goes against human nature.

Wey Fook joined DBS in September 2017, and is responsible for investment strategies in DBS, which include global strategic and tactical asset allocations for our clients.

With over 30 years of fund management experience, Wey Fook was most recently at Bank of Singapore where he held various senior management roles, including Chief Investment Officer, and Head of Discretionary Portfolio Management (DPM) and Funds. 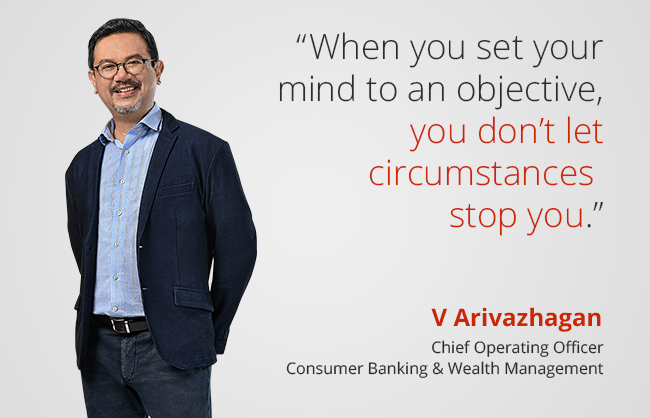 Clarity of thought and perfection in execution defines Ari’s style.

In the complex operations of a multi-market and highly-regulated world, this clarity and discipline in Wealth Management practices ensures our operations work smoothly and seamlessly for our clients. As Chief Operating Officer, he most recently led the acquisition and integration of Société Générale private banking business in Singapore and Hong Kong, and ANZ’s wealth and retail banking across 5 countries.

Beginning his career with DBS Bank in 1998 advising on Treasury and Markets solutions, Ari quickly progressed to a leadership role in DBS Private Bank in Hong Kong, before returning to Singapore as Head of Regional Investment and Treasury Products.

Ari holds a BA in Business Administration from National University of Singapore and an MBA from London Business School. 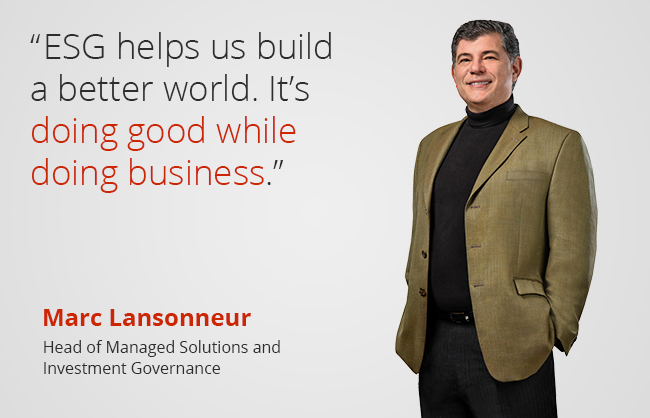 When he’s not seeking out investment opportunities for clients, Marc coaches rugby for underprivileged kids. At the heart of it is his belief in creating a positive change to people and to society.

He brings this philosophy to work, where he sees ESG as a way to both help clients do well, and do good at the same time.

It should come as no surprise that Marc is a member of DBS Group Sustainability Council.

At Société Générale, he held various positions in Private Banking, Corporate and Investment Banking in Asia, Europe and America. He has more than 20 years of experience in the financial industry.

A French national, Marc holds a Master in Business Administration from ESSEC in Paris, France. 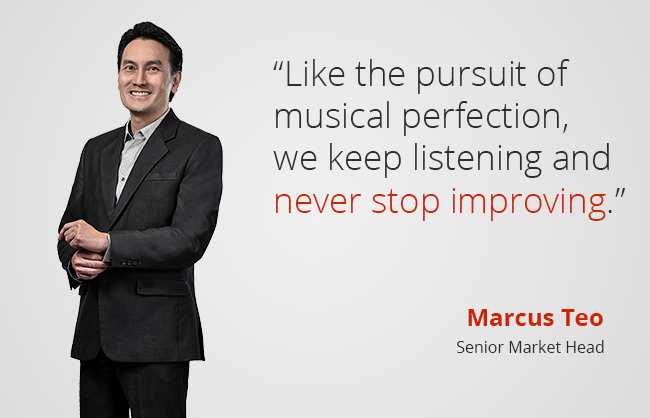 Marcus has a mantra for life: To always be over-prepared, and aim for the highest standards. Something he has achieved through discipline, determination, perseverance, and with honesty and passion.

In his teens, this led to him becoming principal trombonist with the Singapore Youth Orchestra. A perfectionist, the proﬁciency he attained even led to performing in 2 concerts with the Singapore Symphony Orchestra. Today, it has brought him success in his banking career. Beginning at Citi, he moved to Standard Chartered Bank in 1997. Roles in Branch Banking, Wealth Management, International and SME Banking gained him recognition for team performance, as well as a product innovation award with his Wealth Management team.

In 2006, Marcus joined ABN Amro as its Head of Sales for its International Wealth Management division managing both Relationship Managers and Business Development teams. Leading the business to strong growth, he was part of the regional wealth team, and implemented productivity initiatives across Asia. When ABN was later immersed into Royal Bank of Scotland’s operations, some of these best practices were shared with other divisions in RBS, including Coutts in the UK.

Joining DBS Bank in 2013, Marcus manages an ever-expanding TPC segment serving clients based in Singapore with his own brand of humble conﬁdence. Marcus holds a Masters of Science in Finance from City University of New York and a Bachelor’s degree in Management from the University of London.