India currently enjoys an ideal mix of political stability, a credible central bank, and a reform-centric focus. Time is ‘RIPE’ for growth to climb out of the current slowdown.
Radhika Rao01 Jul 2019

Photo credit: AFP Photo
This is a Summary of the report – please download/read the pdf file for the full report

A decisive win for the incumbent ruling party in last month’s elections was a strong vote for political and policy continuity. Expectations are running high on what the next five years will hold for the economy. India currently enjoys an ideal mix of political stability, a credible central bank, reform-centric focus and catalysts for growth to recover. We reckon time is ‘RIPE’ for growth to climb out of the current slowdown and return towards its potential rate over the next two-three years.

‘R’eforms will be crucial, with the ball already set rolling in the government’s first term. Rather that rollout of another bunch of fresh reforms, there is value in ensuring efficient and effective implementation of the already announced measures. This will not only narrow income inequality but also grow the pie to supportive more redistributive policies and raise productivity.

Reviving the ‘I’nvestment climate is of paramount importance, which has been moderating for the past five-six years. Encouragingly, fixed capital formation as % of GDP bottomed out in FY17 and crept higher to 29.3% of GDP in FY19. The breakdown reveals that the government’s infrastructure spending has led much of the recovery. Capacity utilization rates have improved in the past four quarters but has been insufficient to draw in private sector capex.

Besides the domestic agenda, authorities will require ‘P’roactive efforts to guard against rising external risks. Multiple headwinds have emerged over the course of first half of 2019, led by a rising protectionist tide across economies as US-China trade dispute escalates, moderating in in G7 growth, sluggish global trade, Brexit-led uncertainty, volatile oil prices and slower China. G3 policymakers have signaled a softening in the policy bias to proactively arrest evolving risks to growth. On trade, Washington wants to maintain existing tariffs to ensure China’s compliance to address America’s concerns on its trade deficit, intellectual property and other issues. Developments on the US-China trade dispute and other protectionist policies, present both a challenge and opportunity for India.

Return to faster ‘E’xpansion mode on the cards. Apart from the cyclical swings, there is a clear need for potential growth to improve. Various studies, RBI [3] and World Bank [4], estimate potential growth in the range of 7-7.2%. Annual GDP in the past decade has been oscillating around this level, peaking above 8% in FY16-FY17 vs a trough around 5.5% five years prior. The structural need to raise potential growth to provide for the economy’s rising employment needs, higher savings rate and in turn, boost investment capacity through domestic resources, should remain a priority. Hence as highlighted in this report, the combination of effective reforms and improved productivity, are crucial ingredients for the economy to return to potential growth and accelerate further. 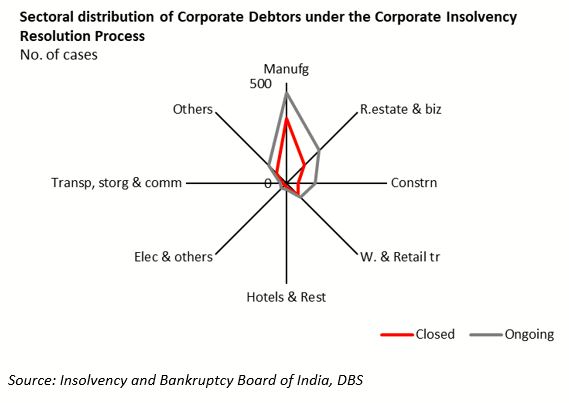 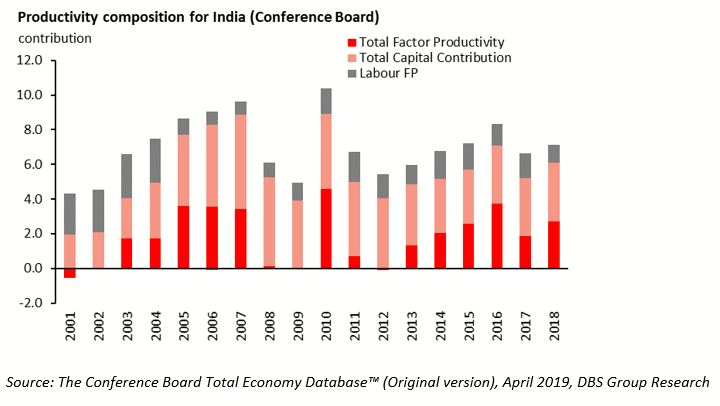