Treasury Technology is Key to Thrive

Although the COVID-19 pandemic has clearly disrupted operations for many organizations, new technologies have allowed some treasury and finance departments in the Asia-Pacific (APAC) region to thrive in the current environment. However, companies who lack key technologies are faced with a number of new challenges.

TECHNOLOGY: PROS AND CONS
During a webinar last week, AFP President and CEO Jim Kaitz moderated an expert panel on what the CEO and the board are expecting from the finance in the Asia-Pacific (APAC) region. He began by asking the panel what they are focusing on in the current environment and found that practitioners are identifying new ways to innovate wherever they can.

Jessie Toh, Treasurer for Coda Payments Pte. Ltd., began by explaining that her company primarily provides payment options for emerging markets where most citizens do not have credit cards. Many of the payments that Coda collects are for mobile and online video games. As such, Coda has seen less of an impact than many other companies in Singapore.

Furthermore, with many people staying home, online and mobile gaming is performing exceptionally well. As such, senior leadership is asking treasury to look for new ways to be successful. “I think, right now, it's a great opportunity for us to look out for market opportunities, given the current scenario,” she said.

Sereen Teoh, CFO for AirAsia BIG Loyalty, noted that her company began as an airline loyalty program but has grown into a comprehensive lifestyle platform. Members earn and redeem BIG points that can be used at any of the company’s 300 partners. Because the economy is hurting and many people are out of work, AirAsia BIG Loyalty is looking to make BIG points into a digital currency that can be used across the APAC region.

Teoh added that finance chiefs are playing bigger roles in this environment, as they seek to find new opportunities. “You need to be actually now become the innovator and instructor to actually go through this turbulence,” she said.

And while the airline industry has been hurt badly by the pandemic, AirAsia BIG Loyalty’s expansion to the lifestyle sector has helped immensely, allowing the company to focus on expanding its e-commerce business. “Currently airline revenue maybe accounts for about 20% of our revenue,” she said. “So the rest of it is actually on the e-commerce side. So this lockdown has given us the opportunity to accelerate our global digitalization journey.”

Joseph Lee, Group Head of Treasury and Working Capital Advisory and Solutions for DBS, noted that many corporate treasury departments that he’s spoken with are focused on their longer-term business continuity plan (BCP) so that they can continue operations. “It is a BCP but it is for a long-term basis,” he said. “So it's not a single day, it's not a week. It's actually been two months. And as such, there are many moving parts that they need to get on with.”

Perhaps most importantly, treasury and finance departments need to ensure that the customer experience and operations are not severely impacted, and that is where technology can really come into play. “So to that extent, it's really around understanding how certain solutions, especially digital solutions, come in to play to bridge the gap that sort of is created when people are not able to come together,” Lee said.

However, companies who are a bit behind from a technology standpoint have had difficulty adjusting to a situation where interactions with people are limited or restricted, Lee added. “Certain processes within business operations or within the customer experience often need to be revamped,” he said. “I think that sort of led to a bit of a scrambling for some companies who are not really quite prepared for a digital experience to quickly onboard solutions into their offerings,” he said.

Wolfgang Koester, Chief Evangelist and Global Head of Financial Institutions for Kyriba, noted that many of his customers looking for technology solutions that provide access to data and decision-making capabilities. “That can be as fundamental,” he said. “How well is one set up via their VPN to actually get at the data? And then secondly, how well is one set up to get at the data from their individual financial institutions, where their cash is?”

Furthermore, once treasury and finance teams have access to that data, are they transmitting it in a secure, efficient way? They may gather it in Excel and share spreadsheets via a secure VPN, but that can cause its own problems. “Often these VPNs, as fundamental as they may sound, have really caused some slowdown and, therefore, competitive disadvantages for companies. That, quite frankly, has really disrupted business continuity,” he said.

FOCUS ON LIQUIDITY
Given the uncertainty in the market, even companies who have weathered the storm well like Coda Payments are making sure that they have sufficient liquidity. While many people are
playing online games right now, as the economy worsens, they will have less disposable income and will therefore be less likely to spend money on fun activities. As such, Coda is keeping a close eye on its clients and will make adjustments accordingly.

Lee has also observed companies prioritizing liquidity. “As soon as they realize that the business is impacted on a sustained basis, for which they do not know how long, they look into their pockets and they realize that the cash is going to be something that they need to forecast better,” he said.

Many companies that Lee works with have been drawing down their revolving credit facilities whether they need the cash or not. That way they can ensure that they don't have that variable coming back to haunt them in the months ahead.

Koester noted that there are several important factors when it comes to liquidity, and technology can help with all of them. Treasury needs to consider how accessible the information is, how confident they are in that data, and how fast they can get it. “Speed is of the essence,” he said. “If somebody says, ‘Well, I'll have it within three days,’ whereas others have it at their fingertips, that will be a competitive disadvantage.”

Additionally, scenario capabilities will continue to be essential. He noted that CEOs and boards are asking all sorts of scenario questions of treasury and finance. “’Where do we need cash, and how do we need to move it around?’ And the whole scenario analysis—if somebody's still trying to do that in Excel spreadsheets, they're well behind and probably are frustrating the boards and the investors at this point,” he said.

By Andrew Deichler, The Association for Finance Professionals

This article was first published by The Association for Finance Professionals on 27 May 2020. 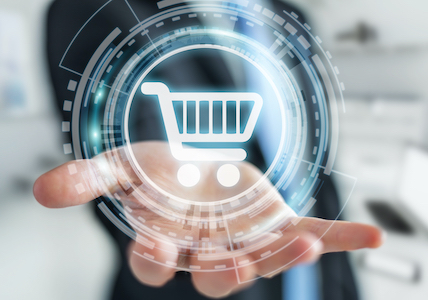 Real Experience with API in Treasury