The tech trends that will drive the future of Southeast Asia

Shifting mindsets and the arrival of Web3 are just some of the developments shaking up the region’s tech scene.

As of April 2022, Southeast Asia has seen a total of 501 unicorns emerge. Thanks to increasing funding from private equity and a growing middle class across Asia, 192 startups attained unicorn status in 2021 alone.

But it's not all positive news in Southeast Asia given the bear market and a looming recession. Hiring talent3 has been a constant hurdle, and the slowdown in funding from investors4 has been a challenge for startups in the region.

However, experts believe Southeast Asia is still poised for growth and will continue to offer startups with the right business models plenty of opportunities.

“There are good business models out there, and we do see that there are still some value-adding or innovative business models coming out,” said Santanu Mitra, managing director at the DBS Digital Economy Group (DEG) at a recent webinar organized by the business unit.

For Joe Zhang, Principal at TNB Aura, a thesis-led VC firm investing across Southeast Asia, this potential is buoyed by the fact that the region’s fundamentals remain strong.

“From a VC’s perspective, Southeast Asia is very attractive, with a large population, strong momentum of economic development and high rate of tech penetration and adoption,” Zhang shared at the event, highlighting how the region is uniquely positioned over its global counterparts.

Nonetheless, the region will have to go through some shifts in its tech scene in the face of the headwinds that are coming its way.

Shifts from growth to profitability

Traditionally, startups chase growth at all costs to keep pace with valuations and the fast-changing tech landscape. Founders are pressed to grow their teams and expand their offerings constantly. Growth was seen as the solution to challenges such as customer acquisition and churn - all in the belief that funding was ever-present.

However, in recent times, businesses have begun prioritizing profitability over growth. This has become especially important as interest rates rise and funding5 dries up.

And as the bear market sets in, the ability to scale will play a crucial role in how companies adapt to this shift.

“Scale will be the fundamental differentiator. Businesses that have the scale can quickly turn their lever from growth to profitability,” said Santanu.

However, he feels that businesses that are yet to achieve that kind of traction will be heavily affected and will find it incrementally more challenging to adapt to this change in the business landscape.

As part of the shift to a profitability-focused mindset, businesses are also taking a step back from dreams of building the next super app.

“We’re seeing that with the focus on profitability, people are realizing that being a super app is not the end game,” said Santanu, “Enablers are emerging to focus on certain core areas.”

What this means is that payment apps, for instance, are less likely to expand into different sectors such as food delivery and logistics. Instead, they will focus on dominating the payments space through buy now, pay later, cross-border payments, or e-wallets.

According to Santanu, it won’t be long before companies begin consolidating and aggregating. In the logistics sector, for instance, a company specializing in last-mile delivery can team up with one focused on intercity logistics.

The sentiment was echoed at the webinar by Jianggan Li, CEO of venture outfit Momentum Works, who felt that these would lead to some exciting developments in the region.

“Platforms can do everything themselves, but does it make sense especially in the current landscape?” he asked. “At the end of the day, there’s room for enablers in different spaces.”

In his view, it would be interesting to look at whether a single multimillion- or billion-dollar company might emerge to address problems across multiple verticals, or whether several companies will become very successful within specific areas.

The potential of the latest tech

Talking about newer tech trends such as Web3, Santanu believes that the travel and gaming industries will likely soon see thematic applications around Web3, but he warns that it’s still early days. Development in the sector is expected to be gradual - it’s unlikely that there’ll be a quantum jump into the metaverse any time soon. Any great leaps forward will depend on the success of efforts to develop communities and solutions within the metaverse.

On that note, it’s likely the development of metaverse will be akin to that of 5G, a concept that’s been discussed for years. However, while the tech has already been set up in the last three to four years, its real-life application is only coming into force today6. When full-scale 5G deployment finally happens, the question becomes whether it’ll be useful for the everyday user: Beyond autonomous cars and factories, how can 5G improve the lives of people?

“Through efforts within the metaverse, we hope to see further development of the underlying technologies which enable it,” said Santanu. Smart contracts, for example, are an early example of underlying tech in action - and one that has proven useful7 to date.

The road ahead for Southeast Asia

There remains much optimism in the air for the future of the tech scene in Southeast Asia despite the hurdles that may lie ahead. This rings especially true for businesses in agritech and healthtech, for example, whose main value proposition is to solve meaningful, real-world problems. Some areas that may see disruption include insurtech, especially in terms of product development and design.

For Santanu, what’s happening now is not unfamiliar. Each economic cycle has certain predictable patterns; innovation often occurs during these periods, and these, in turn, often lead to profitable models. As such, DBS is bullish on what lies ahead.

“We are taking a long term view and we do see opportunities in nurturing businesses with value-adding or innovative models,” he said.

This article was originally published on Tech in Asia website in August 2022. Evolution of Logistics in Indonesia: The Rise of E-commerce-owned In-house Logistics

The future of e-commerce in Southeast Asia: 6 trends to watch 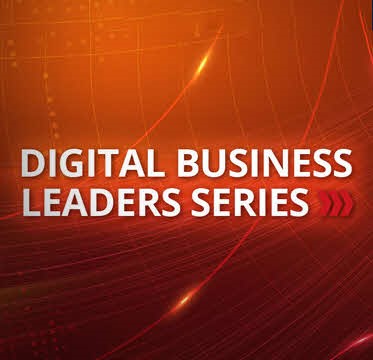