Anil David, who had been in prison three times, wanted to do something meaningful and set up a contact centre hiring ex-offenders.

For a couple of years now, Mr Anil David has been praying for a meaty government contract because it would be a ringing endorsement of his social enterprise Agape Connecting People - a contact centre founded by an ex-offender and which employs other ex-offenders, single mothers and people with disabilities.

Covid-19 made that dream come true.

In April this year, the company was given the big job of manning the National Care Hotline, set up by the Government to offer psychological aid and emotional support for those who need it during the Covid-19 crisis.

For the past six months, Agape staff members have been the "first level triage" for distressed callers, helping to calm them down before channelling their calls to the hotline's trained professionals, including psychologists, counsellors and social workers.

"It was the breakthrough I have been praying for. It affirms my belief that work is a platform where ex-offenders can redeem, and other disadvantaged people can prove, themselves," says Mr Anil.

It took a while before the 52-year-old - who was thrown behind bars on three occasions for fraud and criminal breach of trust - managed to prove and redeem himself.

The call centre he started with his wife in 2012 today employs nearly 150 staff. Half are serving time in prison and the rest are ex-offenders, senior citizens and other "disadvantaged people wanting a second chance in life".

The outfit's clarion call of "transforming lives and rebuilding families" has resonated with many corporations and its clients include insurance companies, telcos and government agencies.

It has also won a slew of awards, including The Most Impactful Social Enterprise (2016), given out by the Singapore Venture Capital & Private Equity Association.

Professionals, too, have come on board to join its social mission. Mr Joseph See, for instance, left his job as head of acquisition and retention at StarHub to become Agape's chief executive two years ago. StarHub was one of Agape's first major clients.

"I guess it's a calling, something I felt I needed to do. Anil wanted to impact more people and couldn't do it alone. I felt he needed help and my former bosses gave me their blessings," says Mr See, who brings with him more than two decades of leadership experience in the contact centre industry across banks and telecommunications.

Although it did not reveal figures, Agape's annual revenue has gone up six times since its inception.

"We have to be profitable to be sustainable, but, more importantly, it is about the number of lives we have impacted," says Mr Anil, adding that Agape has turned around the lives of nearly 600 people.

The third of six children of a driver and a housewife, he had a happy enough childhood until it was sullied by a late uncle who sexually molested him - periodically over a year - when he was eight.

The episode scarred him, plaguing him with self doubt, low self-esteem and trust issues. The former student of St Andrew's Secondary School flunked his O levels, passing only English.

His first proper job, after completing national service, was selling insurance. "I did well because of my creative approach," he says.

Breaking into a grin, he recalls how he once came across pages of obituaries for a Chinese towkay in the newspapers.

"It was one of those three-day wakes. Although I didn't know him, I went to the wake, rolled up my sleeves and helped serve drinks. His son came up to me and asked who I was and I said: 'Your dad gave me very good advice'," he says. "One month later, the son became my insurance client."

Unfortunately, he did not parlay his resourcefulness and gift of the gab to get ahead legitimately.

Impatient for the good things in life - fast cars and designer labels - he took shortcuts, by illegally dipping into his clients' funds.

Over eight months, he siphoned nearly $100,000, which he splurged on a racy lifestyle.

"Sin is delicious, like a juicy mango. But too much of it will give you diabetes," says Mr Anil, whose book about his life, The Longest Shortcut, is now available in Kinokuniya and online bookstore Goguru. 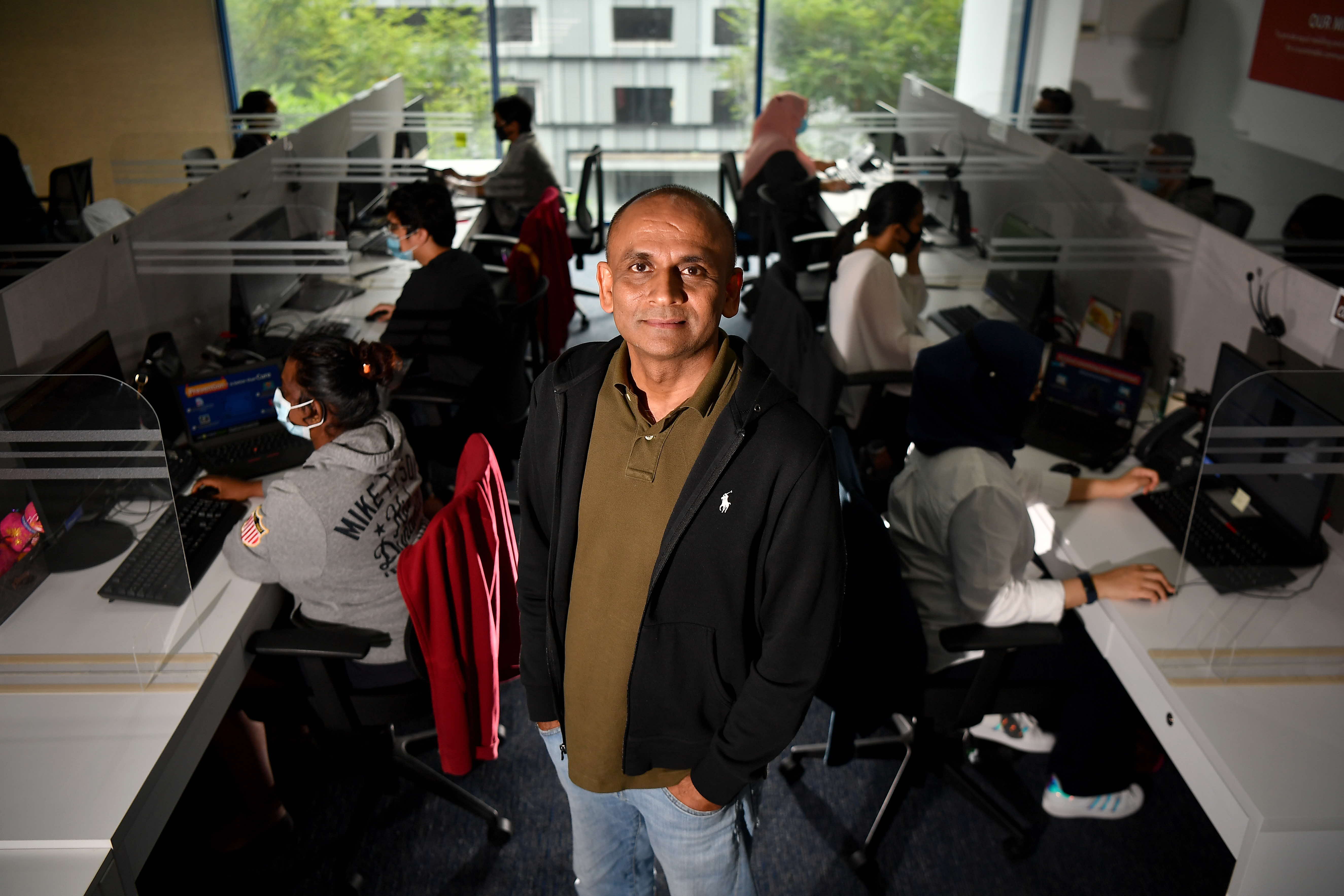 In 1995, when he was 27 and married, he was caught and sentenced to five years in jail. He ended up in jail two more times for criminal breach of trust.

"My last prison sentence in 2004 was for eight years. I was really down, I felt I had come to the end of the road. My wife and two daughters wanted to have nothing to do with me," says Mr Anil, whose children are now 18 and 25.

His life took a different turn when he was assigned to work in a call centre in the prison in 2006. Having found faith, he told himself he had to rebuild his life and apply himself so he could pick up new skills.

The chief executive running the call centre noticed he was good at selling.

"He would bring me books and talk to me. He even promised me a job when I was released," says Mr Anil, who was later made team leader and then trainer.

The idea of starting a business which could help reform ex-offenders started percolating in his head.

Hope came in other ways. Although sceptical it would help mend his relationship with his estranged family, he wrote his elder daughter a letter through the Yellow Ribbon Project, an initiative to encourage acceptance of ex-offenders and give them a second chance in life. She replied.

As promised, he was given a job at a call centre upon his release in 2011. To supplement his income, he made calls for insurance agents, earning $50 each time he got them an appointment.

With his savings and money his wife raised from pawning her jewellery, he started Agape a year later. The chief executive who helped him also wrote him a $20,000 cheque - repaid a year later - to start the business.

The going was tough in the beginning. He pulled 18-hour days, often surviving on cup noodles and preparing all the materials himself. But his doggedness to help others was so affecting he was offered the chance to set up a call centre in the prison.

Raising the funds to do so proved an uphill task because his prison record made him "unbankable" - until Mr Mason Tan and Mr Kim Tan - both heads of investment firms - stepped in with an investment of nearly $500,000.

"They told me: 'If you ever become all for profit, we will pull out all our investments," says Mr Anil.

If you had to give just one reason why you committed those crimes, what would it be?
I grew up in an era when young people my age craved material things like the 5Cs - cash, condo, car, credit card and country club membership. I, too, wanted them, but I made wrong choices to get them. I got them, but they destroyed my life.

Complete this sentence: The prison is not a place you want to end up in because...
It takes away a part of your soul that you can never get back. I was not there to watch the kids grow, I missed out on joyous celebrations like graduations. And I was not there when my sister passed away. These are regrets I will always carry.

Do you think many people pay lip service to the phrase "Second Chances" and that Singapore still has a long way to go before people put their money where their mouth is?
I have both good and bad experiences. But I firmly believe that if we continue to show resilience and commitment, people will come around. It takes time, but the reception to Agape has been very positive.

Why was starting Agape and helping ex-offenders so important to you?
I wanted to do something meaningful and with a purpose because I wanted my daughters to be proud of me. I have spent so much time on the dark side.

I knew I could help others change because I went through the change myself. I understand failings and destructive behaviour, and can connect with those who are struggling with these.

When you started Agape, did you think it would get to where it is today?
I never fathomed that it would grow to be where it is now. It surprises me, but I know my God, from whom I get strength, leads me in this pursuit.

What are the three things about Agape you are proudest of?
My only friend since young, investor specialist Bhart Sheri, was once interrogated because of our close relationship. I brought him trouble, but he has not only forgiven me, but also invested in my business because he stands with me and believes in my dreams.

I'm proud of my reconciliation with my family, who have stood by me all these years.

And I'm proud of the opportunity to walk alongside ex-offenders, people with disabilities and other folks in challenging situations.

Do you ever feel overwhelmed and out-of-depth because of Agape's growth? How do you handle it?
I have a good team that carries the vision with me and I am not alone. My team makes me determined to dream bigger. Alone, I can only do so little. It takes a village.

What do you say to cynics who say: A leopard never changes its spots?
A leopard with dreams and measurable goals in the company of good men can change, but a leopard who persists in keeping bad company will find it hard.

What does purpose mean to you?
Dedicating myself to a cause beyond myself. It fuels my motivation in life, giving my life meaning and direction, inspiring me to make a significant contribution to the world. 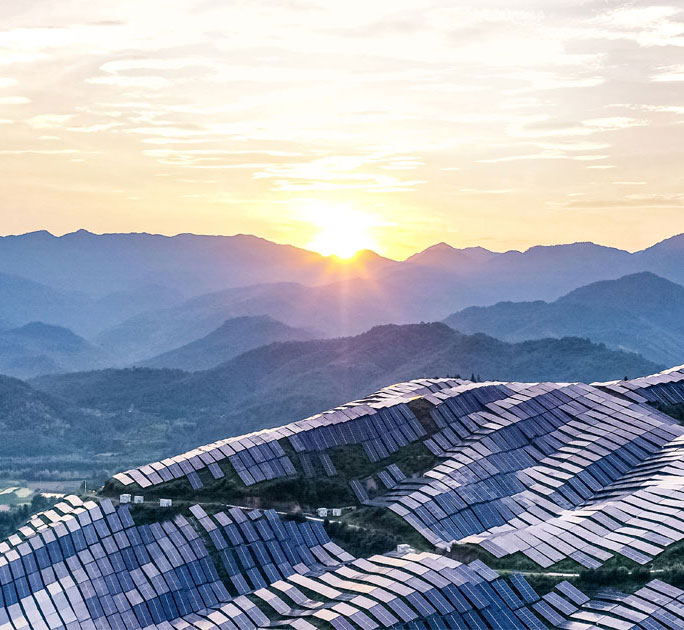