The Rise and Digitisation of the Renminbi

6 insights into how businesses can benefit

As global demand for renminbi (RMB) use rises and China rolls out its digital Yuan, otherwise known as the e-CNY or digital RMB, the world has reached a watershed moment. For forward-thinking businesses, this is a moment rich with opportunity.

China’s rise as an economic power has propelled the RMB’s internationalisation in recent years – a trend that remains promising even as China targets slower GDP growth in 20221. While the redback has a long road to attaining global status2 its market acceptance for cross-border trade settlement and investment is fast increasing.

One mark of this is the offshore RMB liquidity pool’s exponential growth over the past few years, fuelled by the Chinese government’s economic reforms. Long established as the key gateway for cross-border RMB flows, Hong Kong’s RMB deposits hit a record high of 1095.9 billion RMB in January 2022 thanks to corporate inflows3.

In another sign of growing demand, the RMB rose a spot to become the fourth most active currency for global payments in December 20214. Meanwhile, its market share as an international reserve currency reached a high of 2.61% in September 20215. These trends render the RMB increasingly attractive for trade settlement by businesses trading with corporations in China.

To explore how businesses can leverage these trends, DBS, in partnership with The Asset, organised a webinar with treasury leaders from Trip.com, AIA, ZTE, and DBS. In this article, we break down key insights into the RMB’s rise and digitalisation, particularly how using the RMB and digital Yuan can benefit global businesses in increasingly uncertain times.

China’s rise as an economic power

Amidst the turmoil of the Russia-Ukraine crisis, 2022 marks a turning point for the RMB. In his opening remarks at the webinar, DBS Executive Director and Chief China Economist Chris Leung pinpoints a “game change” triggered by the US’ unprecedented sanctions against Russian financial institutions. “This is driving more and more countries to think about diversifying their reserves away from the USD, and to look to China as an alternative currency to hedge risk,” he explains.

Going forward, Leung predicts that the Chinese dollar will not outright replace the US dollar as a global currency. “That is a zero-sum mentality,” he clarifies. “Instead, I believe there will be two systems… The US system will remain and China can use it. But at the same time, China will have an alternative system with other parts of the world, which can hedge potential risk from any happenings in the US system.”

Another dimension of this game change is reflected in China’s ongoing rollout of the digital Yuan or e-CNY. The first of its kind by a major economy, this central bank digital currency (CBDC) looks primed to take centre stage in China’s digital economy. And as China explores cross-border payments in e-CNY6, it has the potential to revolutionise the simplicity and speed of global businesses’ transactions with China.

All in all, these game-changers spell exciting opportunities for businesses choosing to adopt the RMB and e-CNY for trade financing and cross-border payments. Here’s our breakdown of six key benefits:

Key opportunities for businesses using the RMB and e-CNY

For businesses importing from China, using RMB for cross-border settlements is easier than ever, and can result in significant cost reduction. This is because when dealing with foreign currencies, Chinese corporates typically factor in financing costs to hedge against unfavourable FX rates.

The People’s Bank of China estimates that overseas importers who settle in RMB can save up to 3% in such ‘hidden costs’ on their invoices7.

One leading reason for RMB adoption by businesses is reducing FX risks. A poll conducted during the session revealed that more than half (55%) of audience members from over 24 countries selected the ability to reduce FX risks as their motivation to use RMB in cross-border trade.

Beyond enabling Chinese businesses to avoid FX risk, the adoption of RMB can indeed help foreign firms manage FX risk better by minimising their exposure to multiple currencies. Rather than transacting in USD – currently still the world’s most popular currency for global trade – and converting to the local currency, using just one currency (such as the RMB) would make it simpler for businesses to reduce FX risks.

In the current economic climate, the RMB remains well-placed to inspire confidence in the forex market, with its offshore liquidity pool expanding and the Chinese government striving to maintain the stability of its exchange rate8.

3. Adopting the RMB can unlock a wider network of Chinese partners.

Understandably, many Chinese firms favour the convenience of transacting in their local currency. Using RMB is thus an effective strategy for foreign businesses to reach such firms, widening their network of Chinese buyers and suppliers.

By improving price transparency for Chinese counterparties and helping them avoid dollar exposure, businesses can establish stronger relationships with their Chinese partners. Such relationship-building is undoubtedly key to success when doing business with China9.

4. The e-CNY will take transactional convenience to new heights.

In the last decade, China’s digital payments revolution has ushered in an era of fast and low-cost transactions for businesses, spearheaded by AliPay and WeChat Pay10. But the e-CNY promises a whole new level of transactional efficiency, thanks to three factors: zero transaction fees, real-time transaction speed, and offline payments support.

First off, most current payment systems for merchants involve transaction fees – around 40-60 basis points on average11. The People’s Bank of China (PBOC), however, imposes no charges on e-CNY transactions.

Another pain point in today’s cross-border payments systems is the problem of delays, due to the involvement of multiple intermediaries, regulations, and time zones12. Through peer-to-peer arrangements, e-CNY could enable international trade settlements to happen almost instantly. This has the potential to reshape the way businesses manage liquidity risk and FX strategies.

Furthermore, the e-CNY shares one major benefit with physical cash – no Internet connection is necessary. Thanks to the ‘dual offline technology’ feature, e-CNY transfers can be completed anytime and anywhere, even when neither party has Internet access.

Xuelin Chen, Head of Treasury at Trip.com Group, sums it up aptly. “It’s great because there are no transaction fees, unlike current digital wallets in China’s payments landscape – yet it’s just as instantaneous. It offers 24/7 settlement even on national holidays. If our customers or suppliers wish to use e-CNY, we’re more than happy to do so.”

5. The e-CNY will simplify smart contracts between businesses.

In a recent white paper, the PBOC highlighted programmability as a key feature for the digital Yuan13. While its precise usage is yet to be crystallised, the white paper envisions the e-CNY to support smart contracts with self-executing payments. This removes the need for intermediaries in trade financing, enhancing the efficiency, transparency, and security of business transactions.

Wei Wei Chum, Managing Director and Head of Global Transaction Services at DBS China, believes e-CNY’s programmability gives it a distinguished differentiation against traditional instant payment. “The fact that e-CNY is going to be programmable offers a fair bit of potential. It can extend the payment use case into more areas, with conditions predefined before payment can go through – much like the traditional letter of credit, but much smarter. Clearly, that’s something we can look forward to.”

With the PBOC’s $3 trillion in foreign exchange reserves14, the e-CNY guarantees sufficient liquidity and payments confidence, even during a financial crisis when there is greater counterparty risk.

On another level, businesses can benefit from heightened transparency in financial management. The digital currency is highly traceable and difficult to falsify, with China planning to further improve its anti-counterfeiting features15. This renders it easier for businesses to pinpoint discrepancies between cash flows and accounting records, facilitating RMB cash management and internal risk management.

With a new global currency on the horizon and a major digital currency in the works, our world – as DBS Chief China Economist Chris Leung puts it – has truly reached the juncture of a new economic system. And this new system brings fresh growth opportunities for businesses that trade with corporations in China – especially those nimble enough to leverage the advantages of the RMB and e-CNY. 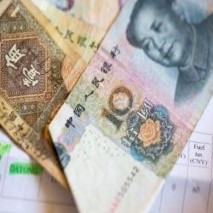 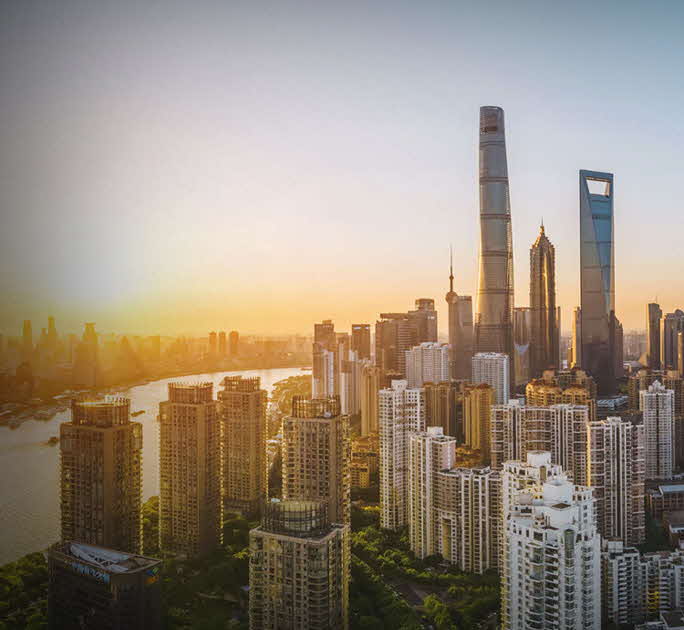 DBS Economic Insights – Forecast for 2022 Year of the Tiger 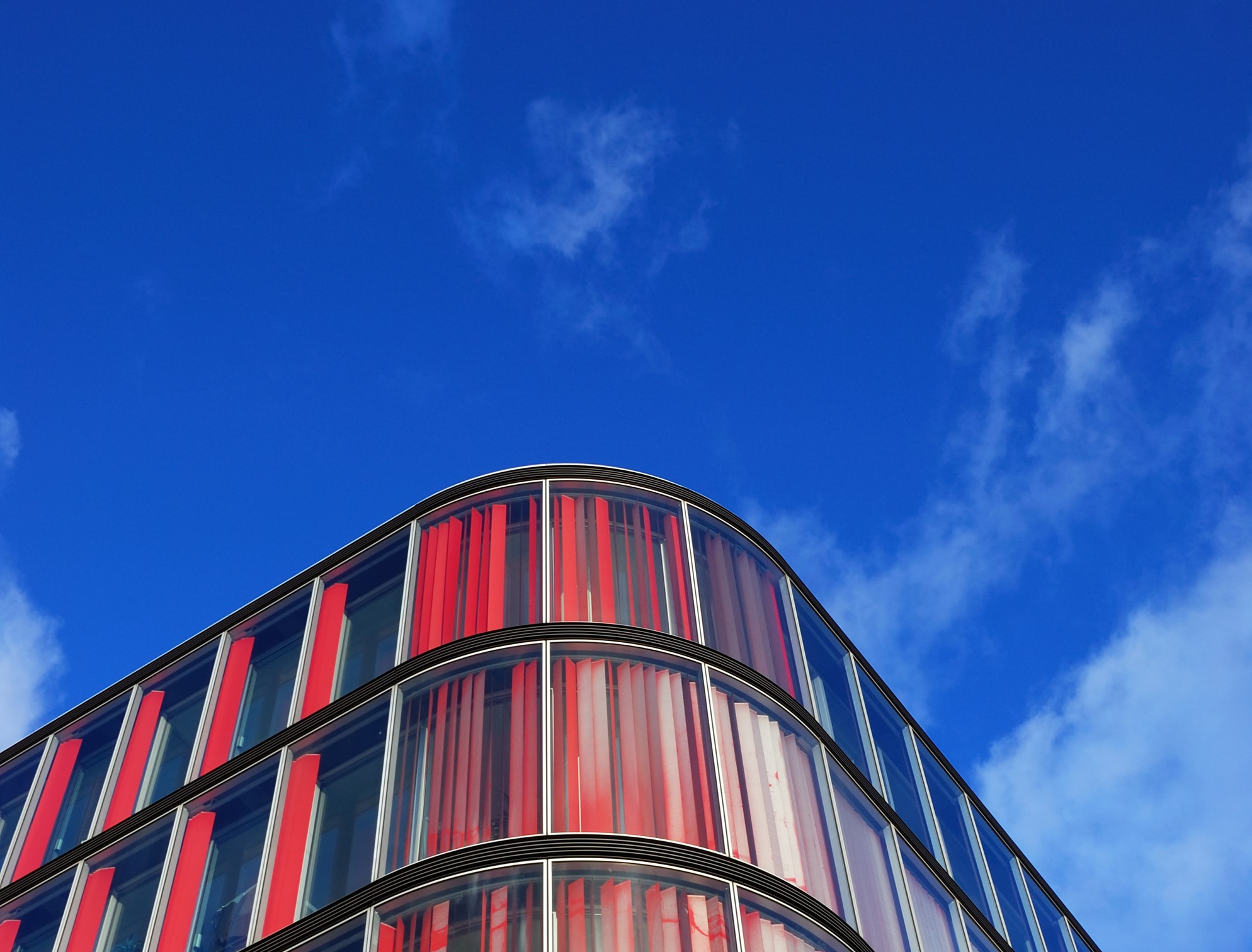