Japan is the world's third-largest economy and its second-largest developed economy. Technology exports have been the main driver of economic growth in Japan since the 1960s, with key exports including automobiles, high-end machinery and electronics industries. Japan's largest export partner is China, followed by the United States and South Korea.

Innovation is another major feature of Japan's economy, and the country ranked 13th in the Global Innovation Index 2021 by the World Intellectual Property Organisation.

Japan's intellectual property development and accumulation, as well as the quality of its research output, are a direct result of the country’s commitment to research and development (R&D) expenditure, which consistently ranks very high, as a percentage of gross domestic product (GDP), amongst G7 countries. Along with its status as a world-class innovation hub, Japan offers a good business environment with sophisticated information technology (IT) infrastructure, a world-class transportation network, and a large market size.

The Japanese government has been actively promoting structural reforms in its economy to encourage inward foreign direct investment (FDI). Reforms include the designation of a National Strategic Special Zone to attract international businesses and the simplification of administrative procedures to enhance efficiency.

The market size for financial technology (fintech)-related businesses is expected to grow to over USD10 billion (JPY1,210 billion) by 2022, according to the Yano Research Institute. The Japanese government has modified regulations to promote growth in the fintech sector with amendments such as the Banking Act, which was revised to encourage banks to establish IT-related subsidiaries for developing fintech businesses. This enhanced the technical aspect of Japanese banks’ financial products and services and facilitated them to open their application programming interfaces (APIs) to fintech firms.

Japan is the world's third-largest economy and a global manufacturing powerhouse. In this section, we highlight some of the key factors relevant to treasury and cash management in Japan. 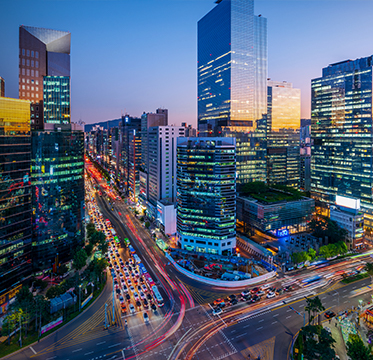