With an eye on a recovery this year from the ongoing pandemic, Singapore’s Budget 2021 aimed to not only provide continued support to those that need it most, but also position local businesses for success in the long term.

The key features of this year’s Budget were put under the spotlight at two Webinars, organised, respectively, by  the Singapore Chinese Chamber of Commerce & Industry(SCCCI) and the Singapore Business Federation (SBF). Speakers at both events were quick to point out that while there were signs of a nascent economic rebound, any recovery was likely to be tepid and uneven.

“Even though vaccination efforts have started worldwide, the road to economic recovery here, as well as in the rest of the world, remains uneven and uncertain. Budget 2021 reflects Singapore's unique pragmatism, as well as long term vision,” said SBF Chairman Lim Ming Yan.

Against this backdrop, the Government has shifted its focus towards helping businesses transform to remain competitive amid a volatile landscape. “In my recent Budget statement we announced that we are shifting gears. We’ll continue to provide targeted support when needed, especially for sectors that continue to be hard hit. But the Budget’s central focus is on how we, all of us, can emerge stronger from this crisis,” said Deputy Prime Minister Heng Swee Keat in his remarks at the SBF event.

He added: “We'll be investing $24 billion over the next three years to help you and your workers make the best of economic recovery and thrive in a post-COVID world. We will help you to adapt, to innovate and to grow.”

DBS economist Irvin Seah, who spoke at both events , noted that the Government’s ambitions were reflected in the Budget’s changing fiscal stance. “Last year, a lot of policy measures were counter cyclical in nature, but this year most of the policy measures that were rolled out are transformational in nature,” he said.

With Singapore moving into the recovery  phase, Budget 2021 is designed to be more targeted in its support, directing fiscal resources to industries and companies that are still struggling. While economic recovery is gaining momentum, the pandemic has impacted various sectors differently.

“As we move into a recovery phase. I think it is important to channel fiscal resources to industries that need the most,” said Mr Seah. For instance, more support has been allocated to help sectors such as aviation, aerospace and tourism.

Beyond these short-term measures, Budget 2021 also saw more resources being channeled towards enhancing the capabilities of enterprises, and to ensure that companies have the ability to capitalise on opportunities that emerge.

However, companies must make the effort to take advantage of these measures if they are to be effective, argued  Wilson Chew, Partner (Strategy), Entrepreneurial and Private Business, PwC, at the SCCCI Webinar.

“The Government has set aside money for companies to innovate and to collaborate, but this will only work if companies respond to it in the same way. As such, enterprises must make greater efforts to innovate,” he said.

In the near-term, he advised businesses to focus on “progressive innovation”, which involves going into new markets with existing competencies and improving them, as well as doing deeper work with existing customers.

Budget 2021 also aims to upskill the local workforce, with a focus this year on creating new jobs. Though there has been some improvement, near-term employment prospects remain challenging given that companies are still cautious about adding new manpower costs.

“Before we start to see a more pronounced improvement in the second half of this year, I think, by and large, hiring managers remain quite cautious. And we think that they will only start to increase headcount when economic outlook brightens up further. So it is important that policy measures focus more on creating new jobs, rather than what we have seen last year, which is very much focused on saving jobs,” explained Mr Seah.

Some of the Budget measures announced include the extension and enhancement of the SGUnited Jobs and Skills Package, which will help to address the concerns of displaced workers, as well as fresh graduates entering the workforce.

DPM Heng called on companies to put their workers at the heart of their transformation efforts. “As you transform, you can create better jobs and prospects for your workers and upskill them to take on this new roles. I urge you to make full use of the many SkillsFuture opportunities to do so. The fortunes of businesses and workers are intertwined, investing in your people will ultimately benefit your businesses in the longer term,” he said.

Sustainability was another key feature of this year’s Budget, and in particular the use of infrastructure investment to fuel Singapore’s sustainability agenda. In particular, the Government announced its intention to issue green bonds of up to S$19 billion to support “green projects”.

Mr Seah noted that the Singapore Government has relied on borrowings in the past to fund large infrastructure projects, such as the construction of the first MRT lines, as well as the development of Changi Airport in the 1980s.

He said: “This is not new in Singapore, because in the early stage of our development in the 1980s and 1990s, a lot of our big infrastructure projects were actually funded by borrowing from international institutions such as World Bank or the Asian Development Bank.”

Don’t miss out on the variety of content on the latest market trends and regional news – curated exclusively for SMEs like yourself. 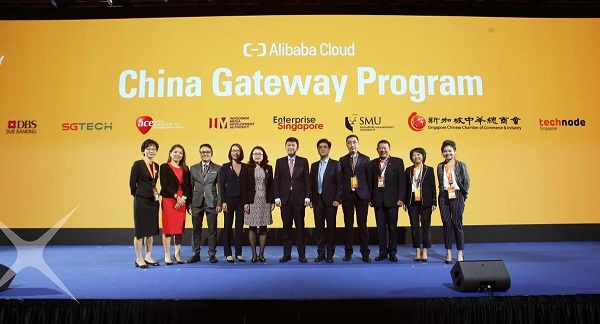