Which are the spaces where billion dollar businesses will potentially arise? We compile insights from VCs into three responses.

Less than 4% of retail sales in Singapore are made online compared with 10% in China. Of course, this might be due to the many shopping malls in Singapore’s heartland communities. And, the absence of a dominant local e-commerce player might also be a contributing factor. Nevertheless, it also suggests there is much untapped potential in Singapore’s e-commerce market. There are many proven cases of e-commerce start-up success worldwide – China’s Alibaba, India’s FlipKart, Japan’s Rakuten and Amazon in the US. To succeed, it is critical that entrepreneurs innovate and provide unique customised solutions catered for the consumers’ needs, for a model that works in another country might not necessarily work here. Singapore certainly has the ability to serve as an e-commerce hub for Southeast Asia.

Reebonz was founded in 2009 and is now a Singaporean e-commerce success story. Its vision is to make luxury accessible and to build a billion dollar internet group in Southeast Asia. It was valued at more than S$250 million in June 2013. Reebonz targets the region’s growing middle classes who are looking to own luxury goods. Reebonz sales events are consistently modelled around the concept of ‘accessible luxury’, offering members up to an attractive 70 percent discount.

Reebonz constantly innovates and so differentiates itself from potential competitors. An example is how it enables users to resell or exchange luxury items. Many distinguished investors such as Intel Capital, Vertex Asia Investments and Infocomm Investments are part of the Reebonz growth story. Reebonz’s current focus is to expand its scale across Asia Pacific. If successful, Reebonz will be building the next billion dollar e-commerce group out from Singapore.

Please pardon the pun, but the third-party transport booking app space is “uber” competitive right now. This is a classic example of a disruptive business. This phenomenon has unsettled traditional taxi operators who lease vehicles and provide booking services. These traditional companies are heavily invested in infrastructure and fixed assets. But a new wave of digital start-ups are instead leveraging and optimising infrastructure through innovative software. All this sector simply needs is an attractive business model that appeals to both commuters and drivers. The recent flood of capital into this space has inevitably heated up competition in the transport booking business. Consequently, some companies have also started to diversify by venturing into extra services, such as logistics and deliveries. Recently, Uber partnered with cosmetics company, Kiehl’s, to distribute Kiehl’s products across Bangkok. And, who knows? One day, Uber might also start pizza delivery.

GrabTaxi is a transport booking mobile app that is now a billion dollar business following a US$250 million funding injection from Softbank. GrabTaxi is dubbed the “fastest taxi app in town”. It allows users to get access to taxi fleets from different operators and make real-time booking. As it strengthens its presence in Southeast Asia, it is also considering entering the parcel deliveries business to optimise usage of its fleet of vehicles during off-peak times. This is a compelling value proposition especially in a region where logistics are often poor.

We spoke with Singapore cabbies and they unanimously chose GrabTaxi over the global player, Uber, for three reasons. First and foremost, Uber’s payment to the driver was deemed “too slow”. Uber adopts the cashless payment mode and reimburses taxi drivers every seven days and this is unfavourable for cabbies who need cash for vehicle rental fees and diesel. On the other hand, taxi drivers using GrabTaxi, typically collect cash from riders. Hence, taxi drivers’ “salaries” will not be put on hold. Secondly, from their experience there are less “no show” cases of GrabTaxi users. Lastly, taxi drivers shared that GrabTaxi is more genuine and sincere when soliciting them to join their network. Clearly, GrabTaxi has managed to wedge itself well, with its network effect and explicit understanding of the needs of drivers.

Corporates have been talking about the joys of automation for a long time. But it is only recently that this is being raised on the consumer front where efficiency, simplicity and convenience are paramount. In this space, consumers expect a lot from just pressing buttons on a gadget. We believe that this space is going to get hotter as enterprising individuals seek to apply new technologies to solve existing real-life problems. For example, Infinium Robotics’ drone waiters are aimed to plug and fill the Singapore’s service staff gap. Drones can perform tasks in an efficient manner for a wide range of industries. We are all excited about “what’s next” in the market that can make our lives easier and more comfortable. Perhaps robotic technology is the answer.

Rotimatic claims to be the first fully-automated appliance that uses robotic technology to produce fresh and, hopefully, delicious rotis. The benchtop gadget more or less fulfils the same type of role in a South Asian kitchen that an automated breadmaker does in a Western kitchen. It is mainly targeted at comparatively affluent families across the Indian subcontinent as well as the South Asian diaspora abroad. The first week of Rotimatic pre-orders yielded over US$5 million in sales. It can produce one roti every minute, much faster than the traditional handmade way.

Zimplistic, the Singapore-based firm behind Rotimatic, describes it as “the world’s first robot that makes fresh homemade rotis and wraps”. Users load in flour and water, select the kind of rotis they want by pressing a couple of buttons, and voila ... they have the “perfect roti” on their plates in a couple of minutes. The makers also claim Rotimatic is easy to clean. All of which satisfies the three conditions crucial to consumer acceptance: efficiency, simplicity, and convenience. We believe the success of Rotimatic will spur start-ups to jump on the bandwagon and start innovating more robotic products. 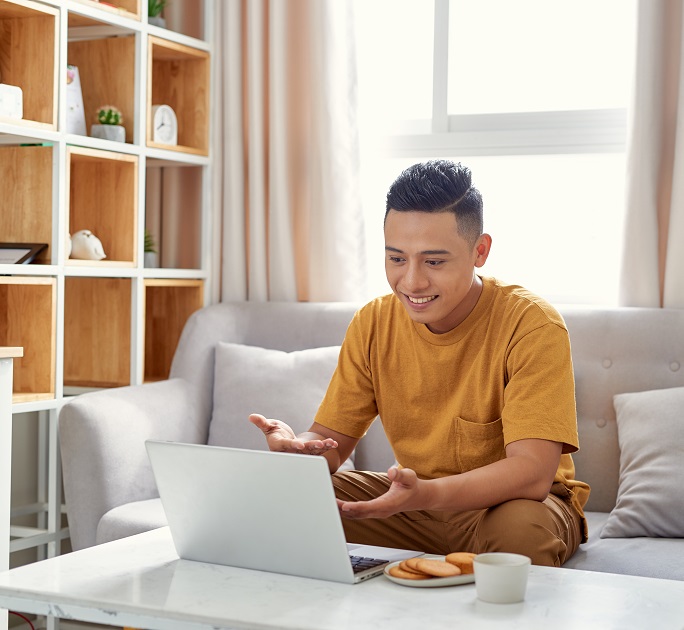