Mother, serial entrepreneur and dreamer at heart – it’s hard to encapsulate the enigmatic Tjin Lee in a few sentences, but we’ll try.

Mother, serial entrepreneur and dreamer at heart – it’s hard to encapsulate the enigmatic Tjin Lee in a few sentences, but we’ll try. The Founder and CEO of the award-winning Mercury Group of four companies believes in working until your idols turn into rivals. On top of that, she is Chairman of the Singapore Fashion Week (previously known as the Audi Fashion Festival) and holds a directorship in nine local businesses. In 2014, Tjin co-founded CRIB (Creating Responsible & Innovative Businesses) alongside Elaine Kim, Marilyn Lum and Mei Chee. A social enterprise which aims to empower women from all walks of life to become successful entrepreneurs through networking, matchmaking and business incubation, CRIB also envisions a society where women - and mothers in particular - are able to achieve work-life balance and have a fulfilling career while making family a priority. Describing herself as allergic to numbers and occasionally disorganized, the idea-centric Tjin dwells regularly in the realm of inspiration and fulfills the role of the ‘creative’ within the four founders of CRIB.

People say you are "Tjin Lee, Founder and CEO of Mercury Marketing and Communications, Founder and Festival Director of Audi Fashion Festival 2009-2014, Chairman of Singapore Fashion Week 2015, and Co-founder of CRIB". Who do you say you are?

A dreamer at heart!

How did the four of you meet? Tell us your side of the story!

Elaine and I are friends through a mummy group and being both mothers and entrepreneurs, we realised how privileged we were to have flexible working hours. It was this epiphany that motivated us to start CRIB, to help more women achieve that elusive work-life balance by finding empowerment through entrepreneurship. We roped in Marilyn Lum, a friend of ours, who immediately identified with our vision. She recognised that CRIB would be a valuable network and community to have up and running by the time she started her family. She was followed by Mei, a friend of Elaine's, who was the final founder to come on board.

How do you think the four of you complement one another?

We are the perfect A, B, C (and D)! Elaine is the perfect person who embodies the A (Angel) in CRIB – someone connected, influential and well-networked with extensive resources. Marilyn is the quintessential B (Business Manager) – organized, driven, task-oriented, the perfect Business Manager to get the ball rolling on the CRIB startup. They are the perfect foil to my C (Creative) – as I am a true blue Creative, someone with lots of ideas and inspirations, but occasionally very disorganised, and with a poor head for numbers! Mei is what we internally describe as a D (Divergent) - someone who is equally strong in all the characteristic traits of A, B and C. These individuals are rare and valuable assets to any organisation, and without all four of us on board, it is very likely CRIB would still just be an idea today!

I would say it took a long moment to come. For me, the greatest moment of triumph I can recall is the year that Roberto Cavalli flew his 40th Anniversary red carpet collection in to Singapore. He received a standing ovation from the 900 guests attending the show at the catwalk finale at the Audi Fashion Festival 2010. It was a great moment of pride for me to look upon that scene and to think "We made this happen".

In 2004, the opening designer of the Singapore Fashion Festival, one of the biggest international designer labels, and the Title Sponsor, a prestige automobile, had a huge disagreement on the day of the opening show. The Title Sponsor had on display a car designed by a competitive fashion house, and had it proudly displayed at the front entrance. The Opening designer label said that unless we covered up that car, there would be no show that night. The Title Sponsor told us if we covered up that car, there would be no sponsorship. This was at 4pm, three hours before the Opening Show. As I was at a loss sitting in the Tent confronted by two impossible situations, it started to pour at Orchard Road. A huge thunderstorm caused the tent to leak. This was my first ever year running the fashion festival and I had come this far with a team of three (including myself). Utterly exhausted, sleep-deprived for weeks, and at a complete loss sitting in my wet and dripping tent, I cried along with the sky - for about 5 minutes, then picked myself up and said "The show must go on". And it did, the fashion show took place (albeit with a couple of grumpy faces from the fashion house) it was an incredibly successful fashion festival overall. We have come a long way since then.

I didn’t have co-founders for very long. As many partnerships do, they fail within the first two years when partners realise they have different expectations of a business, and my two co-founders at Mercury left in 2002. I was a lone entrepreneur for a very long time and it was nine years before I found partners again. By then, there wasn't much to hide. I have a terrible head for numbers and it was this weakness that led me to bring a partner back on board after 9 years running solo. It was the best decision I ever made.

What's the most eccentric thing about you? If VCs found out, they won't have signed the term sheet then. But to hell with that now.

I absolutely hate looking at numbers. I am practically allergic to them. I love big ideas and creating dreams, but I am really not very good with balance sheets. The truth is that I work better with partners, and that is why CRIB is so big on finding the right partners to complement your strengths and weaknesses.

Today we are a team of 60 and I have founded 9 businesses, with the tenth on the way. The Singapore Fashion Week is round the corner, and this year I have designed it to celebrate the power of Women. In an industry that is catered largely to women, fashion is also dominated by top designers that are men. This year we open with Diane von Furstenburg, close with Victoria Beckham, and have worked with SKII to bring in their international ambassador Cate Blanchett. I am proud to have created a world-class fashion week in Singapore, which is the perfect platform to showcase Asian and Singapore designers alongside the world's most prestigious names.

Apart from my bouncing two year old who wakes me up almost every day - life gets me up in the morning. I love my life and am always excited to see what each new day brings.

Juggling the many facets of my life and running between meetings is the only exercise I do, so I suppose that doesn't count! As for keeping a healthy outlook, I always believe in positivity. I always tell me team when they face challenges that worry them, "Is it something you can fix? Fix the things you can fix, and let go of the things you cannot change". There are 101 things to worry about and if we spend all our time worrying, it could be paralyzing. It thus helps to prioritise action in areas where you can make the change and not let yourself be stressed out by things you cannot change. Move on.

Never be deterred or disheartened by competition. Rivalry pushes you harder than you would normally push yourself, and makes you better than you are. Work until your idols become your rivals.

If you can dream it, you can do it – Eleanor Roosevelt

I am inspired by strong women, such as Diane von Furstenburg, Victoria Beckham and Carolina Herrera - women who have vision and are unafraid to roll up their sleeves and get the job done. I have had the privilege to work with Carolina Herrera on the fashion festival in 2013 and was inspired watching her backstage, personally casting the models and overseeing the fittings, rolling up sleeves and adjusting hemlines. The other thing these women have in common is they have been able to successfully juggle work and family, and this also makes them remarkable role models.

I have always wanted to write a book! Perhaps by 2030, I would have found the time to pen my experiences on being a dreamer, a rebel, a revolutionary , an entrepreneur and a mother, to tell the story of CRIB and how we hope to empower women the world over with awareness of the ABC Entrepreneur Profile, and revolutionise the way we approach business start-ups and entrepreneurship. Entrepreneurship is always challenging, but it doesn't have to be a lonely, daunting journey.

What is the one biggest barrier in empowering female entrepreneurship in Singapore?

Self-doubt. Many women never embark on that journey or dare to pursue their dreams, because of their fear of failure. They find strength and reassurance in partnerships, as that solo journey can be intimidating. This is one of the driving reasons why I started CRIB with the other co-founders. We all have different strengths, and having partners lightens the load of entrepreneurship and boosts our confidence, which gives us courage and resources to start on that journey together. 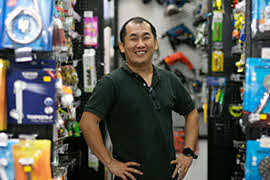 Portraits of Purpose - “No time to waste” Read More 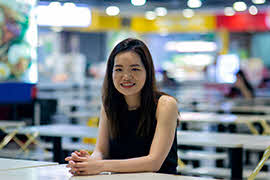 Portraits of Purpose - Seizing the opportunities amid challenges Read More