She believes the most powerful weapon on earth is the human soul on fire. We talk to Gina Romero, Head of The Athena Network.

Gina Romero doesn't want to die without any scars. The ‘Rock chick' Founder and Managing Director of The Athena Network - a platform for female executives and entrepreneurs to connect, learn and grow - often introduces herself as someone who has failed in business several times since the age of 16. Not because she's proud of her mistakes but because she values failure as a catalyst for success. Gina, who believes the most powerful weapon on earth is the human soul on fire, has since dedicated her life to helping others succeed. We catch up with Gina Romero to discover where her mind's at with regards to women's entrepreneurship, secret tattoos and a life well-lived.

People say you are " Gina Romero, Head of The Athena Network and a rock chick entrepreneur". Who do you say you are?

The Rock Chick title was started as a bit of a joke really – it was my way of dealing with starting all over again, when I arrived in Singapore in late 2010. I came up with it just for fun – because I had no job and I thought that housewife or unemployed didn't define me well – so decided to put Entrepreneur on my card and Rock Chick just for fun :)

What was the best moment in your startup life. It was so good you wanted to fly BusinessClass somewhere with someone, and pop open the most expensive bottle of champagne there.

The best moment of my startup life – hmm it's hard to pick just one, I've had so many startup adventures! I think it was when my husband and I started running our very first business – reselling laptops on eBay. It wasn't even supposed to be a business! While I was pregnant with my second son, we started buying one or two laptops in the local classified ads, fixed them up and sold them on eBay. We hit a goldmine at the time because most people couldn't afford a brand new machine and there were very few refurbished laptops available. eBay was just taking off in the UK - we started with just a couple of machines and within a short period of time we were selling 9 a day with a huge profit margin and more demand than we could cope with. People were paying cash and sending us cash in the post to secure the deals – we had money stuffed in every drawer in the house. We even got mistakenly raided by the police. That was a fun time :)

Actually I'm a big softy. My kids have been censoring Disney movies for me since they were little. Even the StarHub adverts make me cry. But in work and life I am quite tough. I rarely cry when things going wrong – I'm a bouncer. Very resilient. We've lost our whole business to a volcanic eruption, I ran away as a teenager and lived in slums, we've lost business deals worth millions and I've been ripped off by people I've trusted. None of those things made me cry. They just made me more determined. It's all part of the game and I never give up. I'm just not a giver-upper.

I'm not very good at being secretive, I'm one of those people who finds it hard to hold back anything that I want to say. But I hid my tattoo from my Dad (even though I was 30 when I got it done!) because my grandfather was a German/Polish Jew who had suffered under the hands of the Nazis. He had warned my Dad as a boy never to get a tattoo ‘because you can be identified by it'. My dad passed the warning down to me, but I spent most of my adult life being obsessed with the idea of getting one. [Parents take note, never forbid your children to do something!]

Finally when I turned 30 I decided to do it. It was a big deal, like breaking free from something that had been holding me back for years.

I'm a control freak with OCD in the weirdest ways. I hate surprises, even surprises like an unexpected phone call or bumping into someone I don't expect to see freaks me out. I have to sit in specific seats - at home and when I'm out. I'm quite ritualistic and I have specific routines that I have to follow. Other than that I think I'm quite normal - and I love both change and risk.

Pretty much everything I do is focused on community building in the entrepreneurship space – I just love bringing people together to learn and share expertise. I focus a lot on micro businesses and the women's space, because - well mainly because no one else is. Small businesses have so much value – and they have a lot of challenges. I'm really passionate about helping small businesses leverage technology to really power up and create more impact. A lot of what I do is around technology and networking. Over the last 3 years I've started The Athena Network Singapore, Connected Women and Business Rocks (part of my consultancy Unconventional Business Thinking). I've worked with a number of tech brands (Microsoft, Google, Twitter, StarHub, SingTel, Intuit) and communities like Startup Weekend, mainly running programmes and events for the small business and women's startup community.

Next year I want to focus my efforts online – building an online community (executivelifestyle.sg) for business women to share expertise and resources to startup and grow their businesses. I really enjoy being online – plus I can work from the sofa in my pyjamas. I want to create more impact, so I need to practice what I preach and work smarter by leveraging technology.

How do you keep yourself physically and mentally fit for startup life?

Physically - I'm actually terrible. I'm a workaholic who loves to work for 12 hours a day (from my sofa), then I have a beer and work some more. I really should make more effort to be healthy. I have a lot of energy but I think I could do better for myself if I drank more water and exercised. Mentally – I'm just a really positive person, I don't dwell on negative things and I consciously let go of anything that is an emotional drag. I try to steer clear of negative people too, although I honestly hardly meet any, I think my happy demeanour repels them.

Figure out the thing that scares you the most and figure out why. I used to have a horrible fear of public speaking. Really bad – a phobia. When I thought about it, I couldn't come up with a good reason why I was so afraid. Then I made a deliberate effort to get over it because I realised it was holding me back. Actually, even if you aren't terrified of public speaking, improving your presentation skills is a hack in itself. Go to toastmasters or APSS or somewhere where you can learn to present yourself really well. Or just keep practicing. I had to get hypnotherapy.

Whatever your irrational fears are – find a way to overcome them, whatever it takes. It's liberating to break through the fear factor.

What's the movie or song that best describes you.

Fight Club – it's my all-time favourite movie which I still watch whenever I'm feeling down, or directionless. The quotes, the storyline, the soundtrack ‘Where Is My Mind' by Pixies, all of it. It's not about fighting. It's about starting a movement. It's a really messed up film but it has such a lot of depth about how we are living our lives, how we are desperately yearning for something more. Fight Club is about disruption and leadership. It's also very disturbing on many levels.

"I don't wanna die without any scars."Tyler Durden, Fight Club. That's one of my favourite Fight Club quotes.

Other than that: The most powerful weapon on earth is the human soul on fire. - Ferdinand Foch

I just like to see people who get out there and do something with their lives, against all odds. People who are alive, really alive. People who say – you know what – this is probably a terrible idea and it might all end in tears, but I'm going to do it anyway. People like that inspire me.

There is nothing more tragic than a life unlived. My mum was from a tiny rural town in the Philippines and she went to the UK in the 70s to be a maid, because she yearned to see something more than the chickens and the dirt outside her window. She was really courageous and has impacted a lot of lives.

But I'm also inspired by happy people. People who are just happy. That is success to me – most people never achieve that.

Whenever I try and imagine that far into the future, all I see is a blur. Maybe, in 2030 when I am 55, I'll just be chilling out, drinking a beer, and listening to ‘Watching the Wheels Go Round' by John Lennon. We'll see. I don't like to look too far back or forward, I'm more of an in-the-now kind of person.

Name 1-3 startup founders in Singapore you'll like to hear answer these questions. 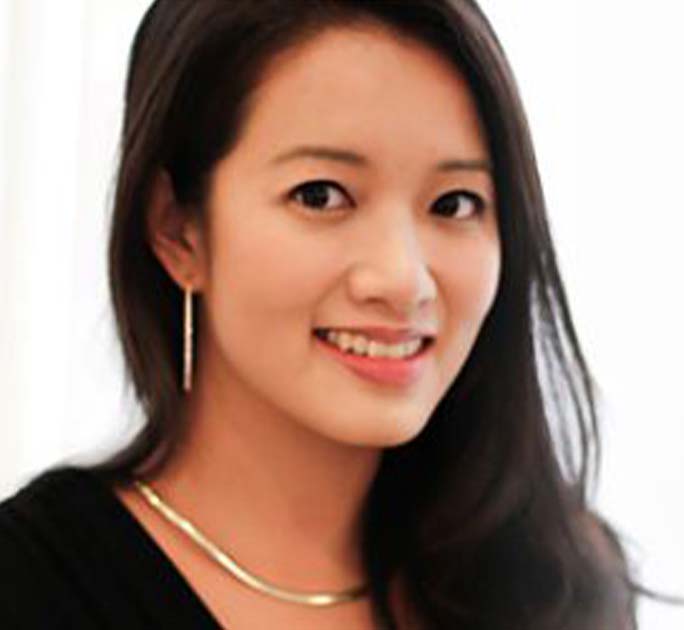