Henry Chan and Joel Leong, Co-founders of ShopBack, give each other 7am wake-up calls to kick start the day. With Henry not informing his family of his start-up venture and wiping out his savings account, and Joel running on snacks as his sustenance, the duo are daring risk-takers who have their goal clear in mind.

People say you are "Henry/Joel, Co-founder of ShopBack". Who do you say you are?

H: One of the six co-founders who is currently leading a team of 30 amazing people. All united with global ambitions to change the shopping discovery and loyalty landscape!

J: And I'm the one who works with the wonderful merchants and partners.

H: Currently no money for champagne, and too early to celebrate... haha. But I guess for now, my best moment will be looking back at the huge impact that a small team of people can make in just 1 year. We have more than 100,000 users, and we have helped customers to save more than $1 million till date!

J: Seeing ShopBack's first legit customer (not family and/or friends) making a purchase on ShopBack. I still remember his name was Edwin and he made a RedMart purchase!

Have you ever cried? Or what was the lowest, crappiest moment in your start-up life? You wanted to give up everything. You wanted to kill someone. (During your startup career of course) Tell us more!

J: One week before the first campaign, many of our partners and merchants were still not confirmed and we were so desperate. We even considered postponing the campaign. The day after, our biggest partner came on board (Thank God!) and everything else fell into place.

H: When we almost could not make payroll as our initial campaign did not bring in sufficient traction to hit the milestones.

H: Hiding from my family that starting this essentially means $0 in my savings account. Win or die trying :)

J: We were not sure if the technology really worked...

H: The prototype was coded the night before the pitch to seed investors and it was only partially working. We made sure the investors didn't explore further.

J: Oh yes that was crazy! During the demo, the investors were only allowed to play with parts that we were sure about. To be honest, at that time, we were not even sure if the whole thing will work out.

H: Co-founders giving each other wake-up calls at 7am.

J: Our customer service emails. That's the first thing I glance every morning to get a sense of what we've missed. It's a no-holds-barred one-sided negative customer feedback tool, because nobody writes in to compliment.

J: Sleeping at least four hours a day and supplementing my energy with lots of snacks. Lots.

H: Be relentless. Have immense drive and go for moonshots. With little resources and little experience, you (start-up) need better than good results to beat the incumbents.

J: Identify the non-driven ones (employees) early. They are a disease that has to be eliminated before it spreads.

H: No fate but what we make.

J: The only place success comes before work is in the dictionary.

H: Elon Musk. He is crazy and crazily inspiring.

J: LKY. Do what is right, not popular.

H: Problem-solver, Entrepreneur, Father, Husband (Not ranked in order of importance). And with a self-driving Tesla!

J: He will still be at ShopBack since it's his life. But now ShopBack will be giving cashback on everything you use. 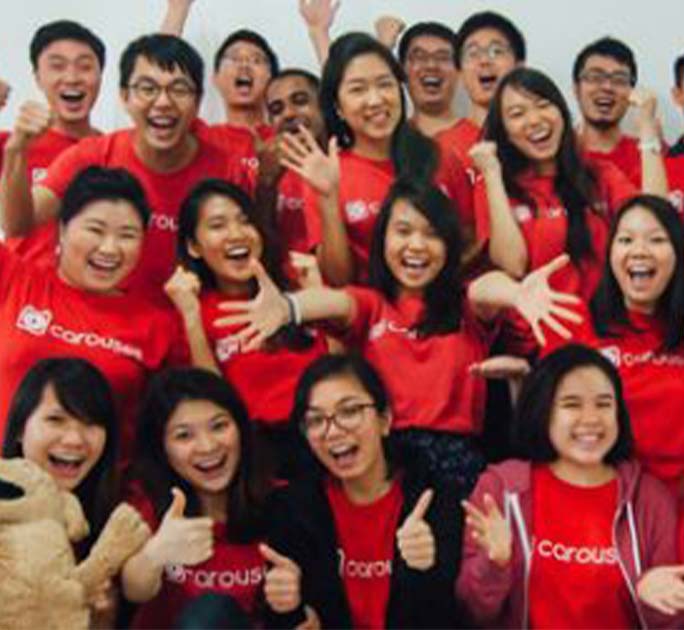