As corporate treasuries play an expanded, strategic role in their organisation's decision-making, the notion that there exists - or there should exist - a "typical" treasury team will be challenged. 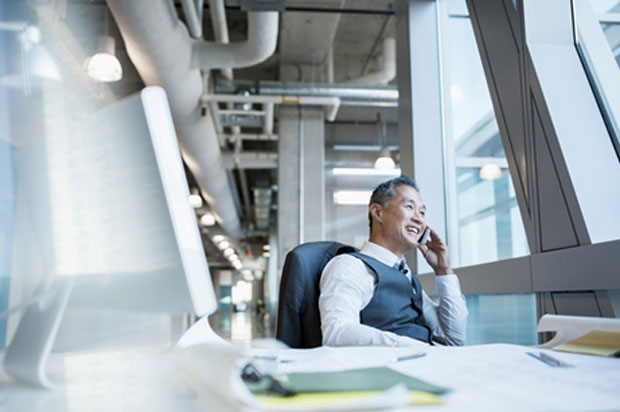 With treasury moving further away from a middle-office support function, it is increasingly imperative that it re-examines the "standard" ways of organising itself and how it delivers value to stakeholders. This article will examine three areas for strategic treasury to consider when formulating their game-plans; indeed, these areas encompass elements of both "offence" and "defence" when it comes to defining the strategic treasury of tomorrow.

First and foremost, strategic treasury needs to crisply articulate the role it is being asked to play - or wishes to play - within the company. Post-2008, there is heightened scrutiny at the board and senior management level over matters pertaining to liquidity and funding. Risk management is important, as is mitigating 'fat-tail' events that could threaten the solvency of the company.

However, in the intervening years, that dialogue has shifted to asking how liquidity (including cash management) and funding practices and insight could drive business growth and expansion; in short, to evaluate where and how treasury could be used to form competitive advantages.

Treasury has become a strategic partner with a seat at senior leadership tables and is in prime position to drive cross-functional changes. A 2014 survey by the US Association for Financial Professionals (AFP) and consultancy Oliver Wyman of over 200 finance professionals and companies found that 84% of respondents saw the treasury department playing a more strategic role, with 83% anticipating an expanded role over the next five years.

Seventy-four per cent of respondents rated their access to executive management as strong or excellent, with 37% sharing that their corporate treasurers were already part of their organisation’s executive leadership or C-suite. Remarkably, almost half (46%) attested to the fact that treasury was already acting as internal consultants to other departments or business units.

Therein lies the first area for consideration: as treasury gets more strategic, the way it is organised should also adapt and diverge in order to best support the company. While there is an underlying trend of centralisation – witness the emergence of in-house banks (IHBs), shared service centres (SSCs), centres of excellence (COEs) and regional treasury centres (RTCs) - there is the need to organise tactically. Every company is different; hence, treasury needs to understand the contours of its existing company.

For example: is there already a corporate strategy/planning team? Does the financial planning and analysis (FP&A) team already take on strategic projects? What are the current roles and responsibilities between treasury and finance? Beyond formal roles and responsibilities, there are also cultural ones to navigate: how do cross-functional projects and initiatives work? What is needed to uncover insight from the front line in non-headquartered countries?

Strategic treasury needs to be on the front foot to articulate how each of these would work and its team members to leverage their expanded influence, to ensure they have the right organisation model and environment to deliver.

Secondly, amid the focus on expanded strategic roles it is important not to lose sight of core competencies. Treasury is still expected to deliver against liquidity and financial risk management matters. With the macroeconomic environment moving endlessly from one milestone event to another – this month’s ‘Brexit’ referendum in Europe and the US Federal Reserve’s likely rate hike being next in a seemingly unending list – we are still in uncertain times. Indeed, the negative-rate conditions in parts of Europe and Asia mean we continue to be part of a living experiment challenging the classical tools of monetary policy. Strategic treasury needs to be prepared for upcoming macroeconomic uncertainty and volatility.

This rings true no matter where you might be. We juxtaposed two surveys of corporate treasurers – one by Deloitte, where 92% of respondents were from the US or the Europe, Middle East and Africa (EMEA) region and one by PwC (Asia-focused) and reviewed their top three responsibilities.

In each case the top three roles were remarkably consistent: liquidity/cash management; financial risk management, and funding. Being a value-added partner and supporting the broader business came in subsequently behind the top three.

The message is clear: strategic treasury needs to be built on firm foundations. While it plays offence and expands into new roles, its ability to deliver on its primary responsibilities and play defence will give it the credibility it needs to venture forth.

This brings us to the third area for strategic treasury to consider – partnerships. As the role and function of treasury expands, it needs to figure out how best to work with internal and external partners to create leverage to drive impact.

For example, how does it proactively engage with human resources (HR) to ensure that treasury gets sufficiently up-skilled, or that high-talent individuals within the organisation can rotate through treasury, in line with the cross-functional projects and skill-sets that are now required. Or, externally, how does it go about forging partnerships and engage with professional partners such as software providers, banks and consultancies in an advisory capacity, and not just as vendors? This requires a mindset shift away from being largely cost-led to impact-driven.

Consider the aforementioned PWC Asia corporate treasurer survey, in which 23% of respondents said that they see treasury as a cost centre where there is "no decision capability" and where they act as a “simple pass through or execution centre”. This suggests a palpable disconnect between current state (middle-office, execution focused) and future state (strategic treasury). One way to bridge this gap is to build up and leverage relationships with internal and external partners, both on the “offence” and “defence” side of things.

Strategic treasury will continue to evolve over the upcoming years; expect to see the role that members play change and a variety of operating models emerge. The three areas discussed will help to distinguish the good from the great: the benchmarks being the ability to adapt and craft a nuanced, effective organisational model; being rock-solid on the functional responsibilities; and being adroit to build and leverage both internal and external partners.

(This article was first published in gtnews, Jun 2016)